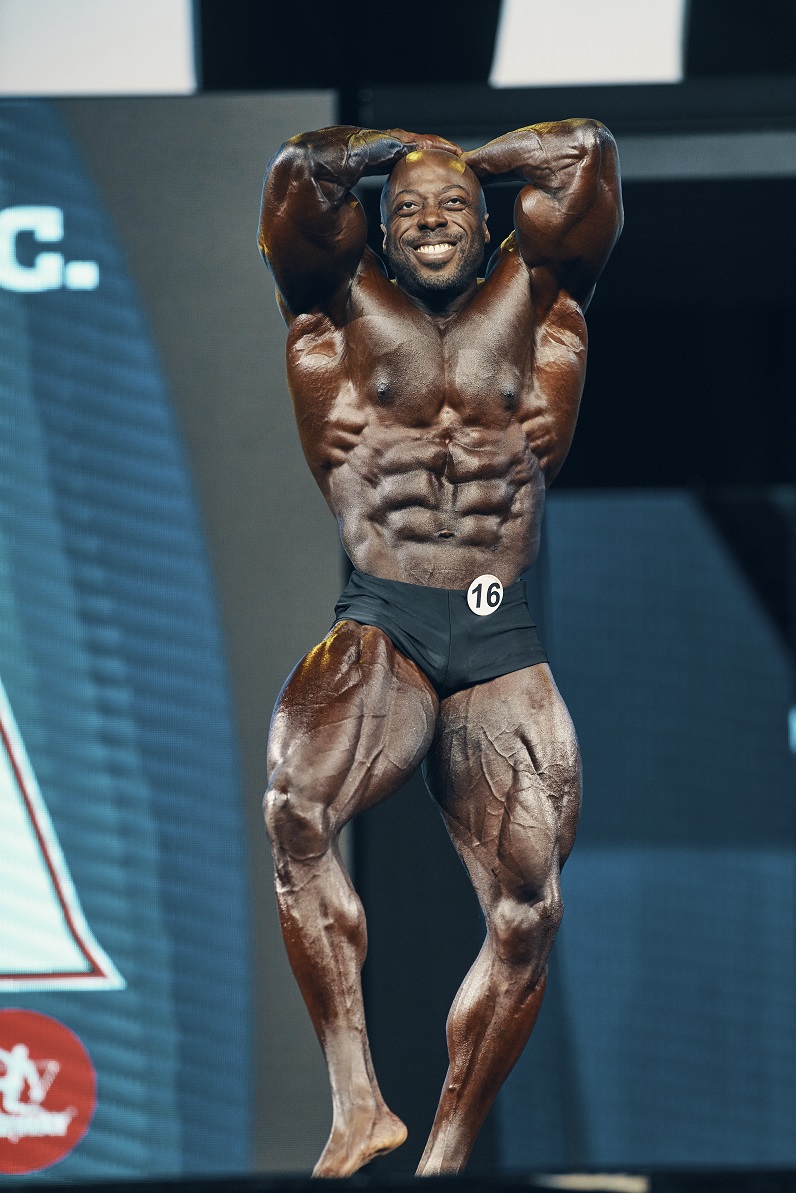 If you think of the Classic Physique division in the IFBB Pro League, one phrase may come to mind. “Back to the Future”. The “back” is in reference to the look in this rising division serves as a tribute to the look and appeal of the physiques from Arnold Schwarzenegger’s era of bodybuilding. The “future” would be because this division has become popular quickly and will be for several years to come.

The 2019 edition of the Arnold Classic Physique show will be the second edition for this new division and there is a lot of speculation about who is going to take the title. Last year’s champion, and Classic Physique Olympia Champion Breon Ansley won’t be onstage this year so whoever wins can possibly be considered the No. 1 contender for Ansley’s Olympia championship later this year. So who will be onstage in Columbus?

What You Need to Know

15 athletes from six different countries are showing up to compete for this title. 10 men are from the United States. One is approaching 50 years old and is a former Classic Physique Olympia champion. Another is considered one of the Top 3 athletes in the division.

What makes this division different from the Open bodybuilding division is that there is a weight limit that is determined by the athletes’ heights. The result is a group of physiques that combine size, lines, symmetry, and conditioning which many fans find appealing.

The Skinny: Peterson placed 3rd at the 2018 and 2017 Olympia and that makes him the top contender for this title. He didn’t compete last year at the Arnold Classic Physique but is the 2017 Tampa Pro winner.

The Skinny: Opara finished in the Top 10 at the 2018 Olympia. He is the top finisher from last year’s Arnold Classic Physique, having taken home 3rd place. He was the winner of the Upper Midwest Pro last year as well. His physique has made great improvements in the last couple of years and seems to have a smile on his face at all times which does signal confidence to the judges.

The Skinny: This guy has taken off in popularity in recent years because of his resemblance to how Arnold looked in his competitive days. He’s also a taller competitor which helps him stand out. He started out 2018 with a win in Chicago but unfortunately was off at the Olympia and finished out of the running. He will be looking to rebound in Columbus with his idol in the house.

KEEP AN EYE ON

The Skinny: A former model and 212 pro, Curtis has been competing onstage since 2011. He will be looking to make his mark in the Classic Physique division for the first time in Columbus. He is the 2016 NPC USA Middleweight Champion.

The Skinny: Campos first competed at the age of 15 and has actually competed in the past at the Arnold Classic Europe. He will likely be the largest competitor onstage at a height of 6’4” and his weight max being around 245 pounds.

The Skinny: This will be Chikhaoui’s first time competing on the Arnold stage. A former Canadian amateur champion, he won the Vancouver Pro show in 2018 but placed out of the top 15 at the Olympia. His thighs stand out when he turns to the side because of their overall size. He will start his 3rd full season as a pro this year.

The Skinny: Ali Emre is also new to this division and hasn’t competed since 2015 but he is well versed in posing, having competed since 1999. Outside of Hester, he’s one of the older athletes in the lineup. Emre is the 2015 World Amateur Classic Champion.

The Skinny: Pearson finished in 2nd place last year in Tampa. He is a former winner of the Lee Haney Games and became a pro in 2017. While he hasn’t been competing as a pro long, he has a loyal fanbase that’s growing quickly.

The Skinny: “The Quiet Storm” won last year in both Kentucky and Omaha. He struggled last year on the bigger stages, finishing 13th in this show and out of the running at the Olympia. His larger arms compared to his small waist are his stronger points. He has also competed in the 212 division in the past.

The Skinny: Harris competed in this event last year and placed out of the Top 15. He was the 2017 Masters Nationals Classic overall champ and debuted as a pro later that year in Pittsburgh. Outside of bodybuilding, he’s known for his work as the mascot for the NFL’s Tennessee Titans.

The Skinny: Jones worked for a few years to turn pro but finally made it happen at the Team Universe in the Masters 40+ division. He competed as a pro three times in 2018, maxing out at 3rd in Omaha.

The Skinny: Lower won the San Antonio show in 2018. He placed 3rd in Tampa before that. The Hawaii native has a balanced physique but his shoulders stand out the most. He was 11th at the Arnold Classic Physique show last year.

The Skinny: A Marine who is better known as “Tae”, the Hawaii native’s shoulder to waist ratio is definitely his strong suit which serves him well in a division like this. With a field like this, his posing ability will help him. There have been times his fellow competitors have been impressed with his presentation.