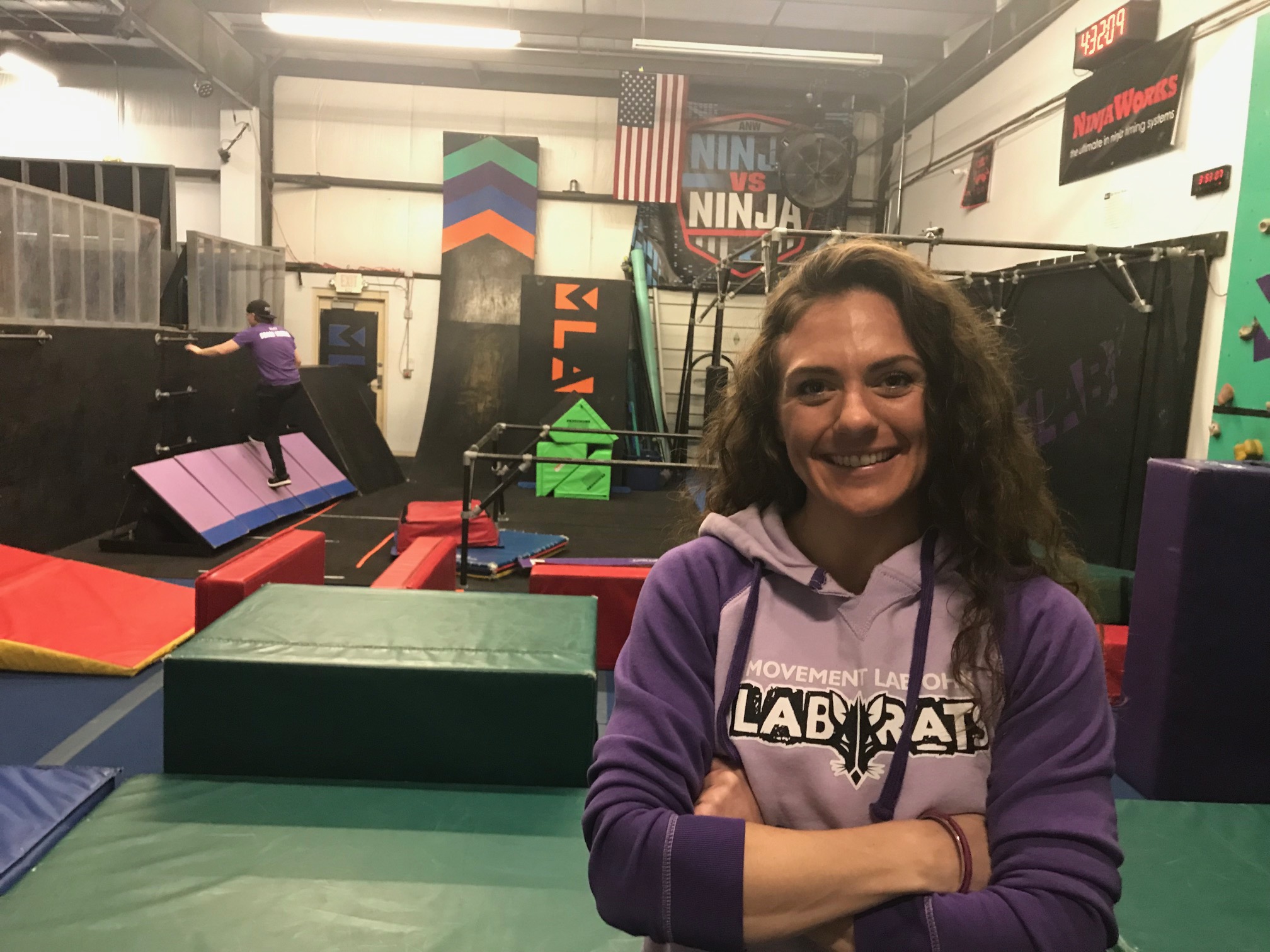 We’d love to describe the challenging, obstacle-filled Arnold Ninja Warrior course that will be featured at the Arnold Fitness EXPO in the Greater Columbus Convention Center.

But we can’t. Sorry.

“That’s a big thing on the Ninjas, they never want you to know the course in advance, so you can’t train for (the specific obstacles),” said Michelle Warnky, the event coordinator of the competition at the Arnold Sports Festival.

Warnky sure knows her way around a Ninja course. The Worthington native is one of the most popular and best competitors on the American Ninja Warrior television series. The energetic and powerful Warnky was the second woman to climb the warped wall and hit the buzzer, and she has qualified five times for the finals in Las Vegas. Warnky also runs the Movement Lab Ohio gym and Ninja training center in Worthington with partners Chris and Brian Wilczewski, who are also regulars on the American Ninja Warrior show.

Come on Michelle, give us a hint about the course here at the Arnold. There has to be a warped wall, right?

“OK, I can say there will be a warped wall, but that’s all I can say,” Warnky teased.

The Arnold Ninja Warrior competition will be fast and furious and includes a $5,000 prize for the top male and the top female competitors. Several familiar names from the TV show will be competing.

Who Michelle, who? Or is it whom?

“I can’t really name names,” Warnky said, adding Ninja protocol frowns upon advertising the names of specific stars to promote a competition. It’s not the Ninja way. However, she did say that because the Arnold Ninja Warrior competition is a few weeks before the start of the shooting of the television show and offers such big prizes, it will attract several familiar names. “What I can say is that if you watch the show, you will see some familiar faces,” Warnky said. “And, these are the ones most likely to win.”

In the Arnold Ninja Warrior competition, the top eight men and women in the qualifying round will then compete in a head-to-head, double-elimination, knock-out competition that is sure to attract a huge crowd in the EXPO on Saturday. “It’s so much fun to race head-to-head,” Warnky said. “On the show, (where the athletes go one at a time), you’re more cautious, but when it’s head-to-head you have to take more risks. Anyone can make a mistake at any point.”

The top Ninja Warriors combine off-the-chart athleticism and strength. And lots of technique.

“A lot of people have the strength, but they don’t have the technique,” Warnky said. “They kill their swing or do something wrong with their body. I watch them and say, I could teach you in five minutes how to clear this obstacle. It’s very much all about technique.”

For example: the warped wall. Looks easy, right: You run, jump and grab.

“You can get hurt if you don’t have the right technique,” Warnky said. “Here at our gym, we have everyone do it three times first, slowly, and we teach you the right technique … how to come down if you don’t make it. Most people want to turn around, but it’s better and much safer to slide down like a push-up. If you go back to the older seasons of the show, you’ll see a lot of people turning around when they don’t make it. You could easily sprain your ankle that way.”

OK, that’s a great tip from a top Ninja. The rest is up to you! See you on the Arnold Ninja Warrior course.