Andre Ferguson topped a stacked field of 28 competitors to win the 2018 Arnold Classic Men’s Physique division for the biggest win of his career.  Since turning pro in 2014, Ferguson, known for his phenomenal symmetry, has won an impressive ten shows and has taken second place five times.

No stranger to sports Ferguson played them all growing up and was particularly good at wrestling and soccer.  He wrestled for two years only losing once and his favorite soccer, he played for more than fifteen years.  A big sports fan now, he enjoys watching and following soccer, basketball and football in his free time.

Ferguson was always into bodybuilding but, wasn’t so sure about competing.  With the help of a friend they did a couple shows together without really dieting and did surprisingly well.  A couple of natural athletes, both ended up turning pro a year later.

Ferguson likes to train on his own now.  He enjoys turning on some music and as he puts it, “getting lost in the weights.”  Very goal-oriented Ferguson likes motivating himself by setting goals, focusing all his energy on them until they’re accomplished and moving on to the next. 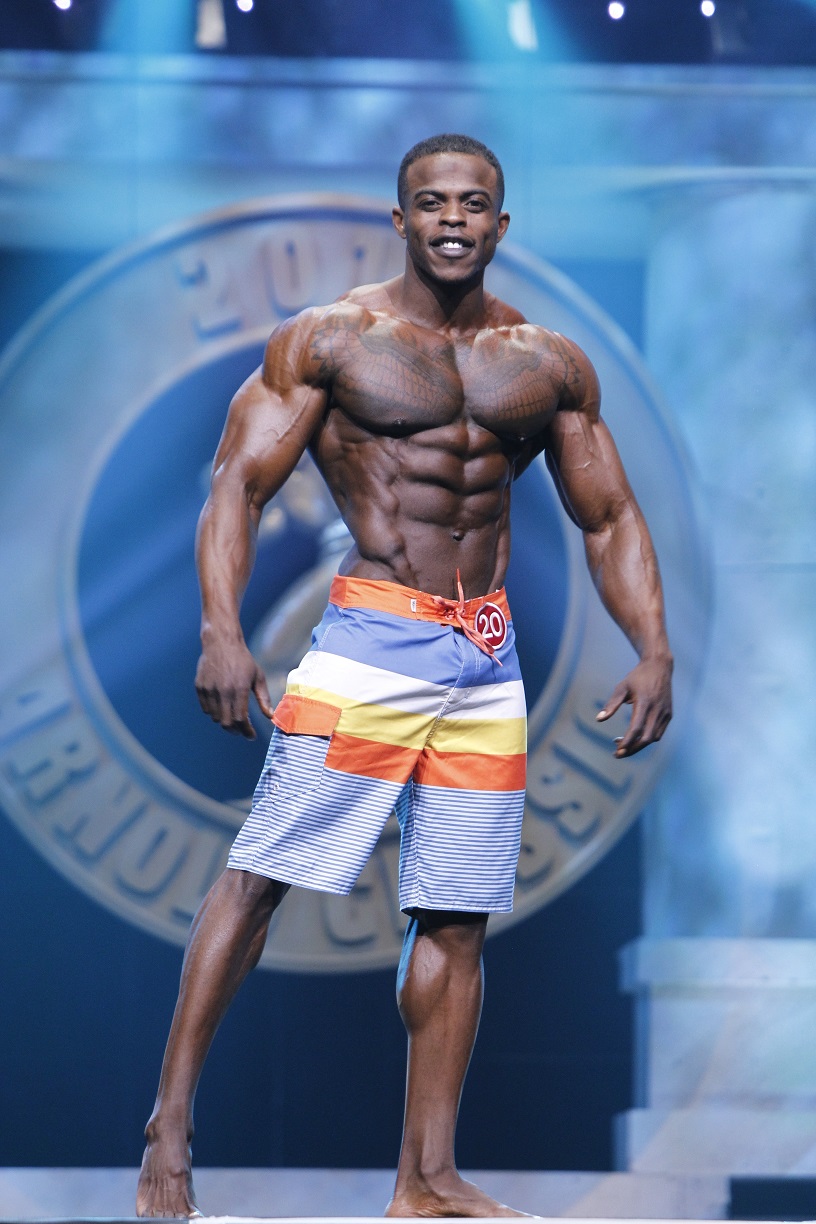