Shanique Grant brought home the win at the 2018 Women’s Physique International.  A real breakout year for her, Grant went on to win the Olympia notching her fifth win in a row and taking the top two titles in the sport by her 23rd birthday.

Grant is making it look easy now but, she’s had several difficult obstacles to overcome along the way.  Early on she was badly bullied in high school and lost her self-confidence.  She fell in with the wrong crowd and trying to fit in overcompensated by partying heavily eventually being hospitalized with near kidney failure. A real wakeup call, she found fitness was her way to start again.

Progressing quickly, Grant put everything she had into redefining who she was through fitness.  Holding nothing back she entered her first competition at the NPC East Coast Championships in 2014 and won.  Just four months later she earned her pro card at the age of 19, the youngest ever.

Grant’s look was strong, consistently placing her in the top 5 as a figure competitor.  However, it looked even stronger when she switched to the women’s physique division in time for the 2016 New York Pro where she stormed to a 1st place finish.

She endured yet another setback during her prep for the 2016 Olympia when she was assaulted.  Suffering a deep knife wound to her arm she withdrew from the competition.  Ever resilient, Grant bounced back, again winning New York Pro in 2017 and unfortunately had to withdraw from the Olympia again, this time with a detached retina.

With the ups and downs of 2016 and 2017 behind her, 2018 was finally the year of Shanique. She maintained focus, got back on track, trained harder than ever and won the Arnold and the Olympia.

When Grant is not trianing for competition she enjoys helping others reach their goals as a certified NASM trainer.  Coaching others to turn their lives around through fitness. 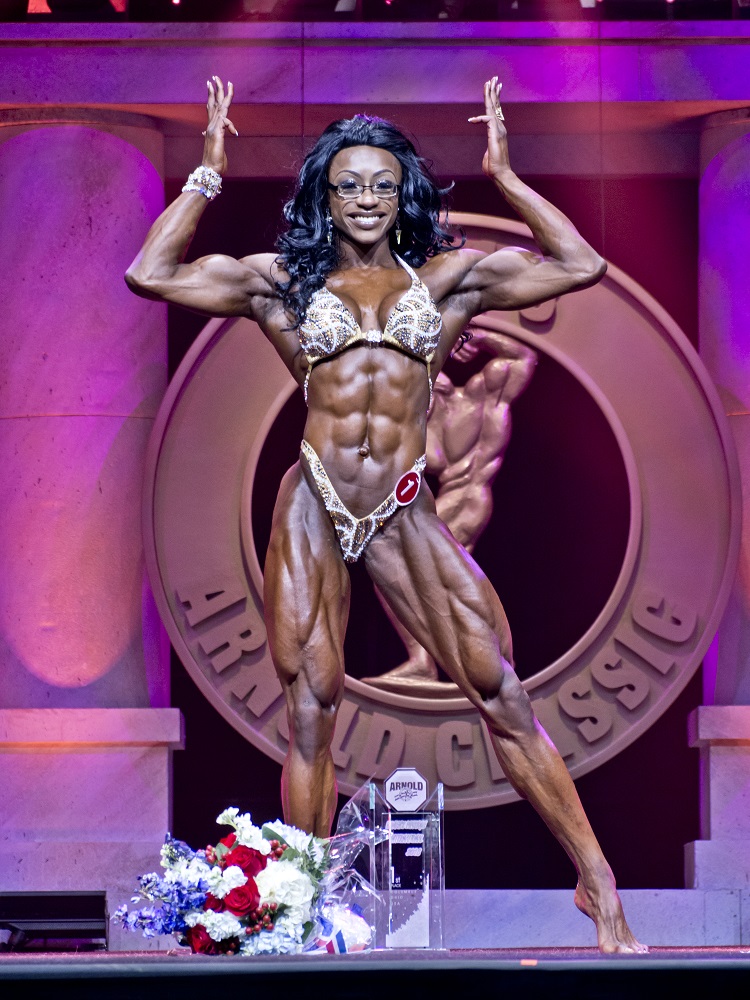