A dominant force in the wheelchair bodybuilding division Harold "King Kong" Kelley has won the Arnold Classic Pro Wheelchair competition three years in a row and won every competition, save one, he’s ever entered.

Kelley was a notable pro bodybuilder before his car accident which occurred in 2007 when he swerved to avoid some deer, lost control, and hit a tree pinching his T11 and T12 vertebrae paralyzing him from the waist down.

A gym manager, it only took Kelley two months after the accident to return to the gym.  He wanted to test himself and see what he could do and could not do.  Legs were always his favorite part to train.  He found new parts to focus on in his back and overall symmetry.

His wife, who is also a competitor, has been hugely supportive helping with meal planning, promotion and also training together which is what makes their team so strong.

He continually strives to be an inspiration, motivating others with his relentless drive to succeed and positive attitude. 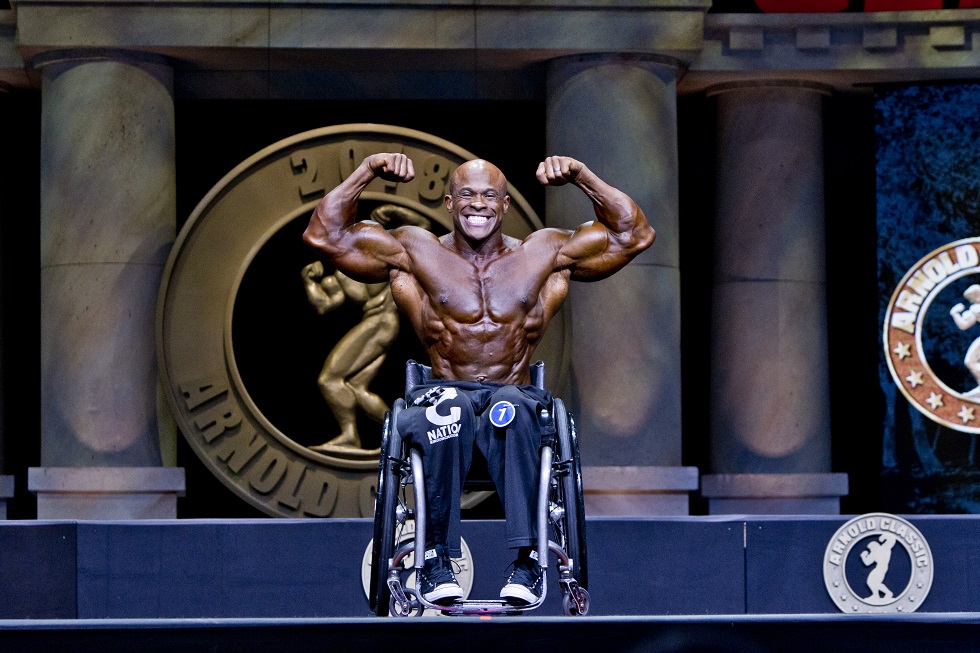