Latorya Watts didn’t have an early start in fitness or come from an athletic background like most competitors.  Watts caught the fitness bug in her mid-20’s but, was a natural.   First competing in the bikini division in 2009, Watts won the show.

Hearing her physique may have too much muscle for the pro bikini division she worked with her coach, Manuel Torres, to cross over into the figure division.  She made her figure debut two years later.

Watts rose up the amateur ranks and earned her pro card by winning overall at the NPC USA Championships in Las Vegas in 2013.

A year later, Watts won her first Pro show, the 2014 Tampa Pro qualifying her for the Olympia where she took 5th.

Her domination of the figure division ensued with five first places in a row and making history along the way becoming the first African-American to win the Ms. Figure Olympia title in 2015.

Watts recounts that winning the 2015 Olympia was the biggest highlight of her career to date.  Feeling reassured that the hard work, dedication and years of sacrifice had all been all worth it.

Watts says she hopes to inspire others to live healthy lifestyles, set big goals and follow their dreams. 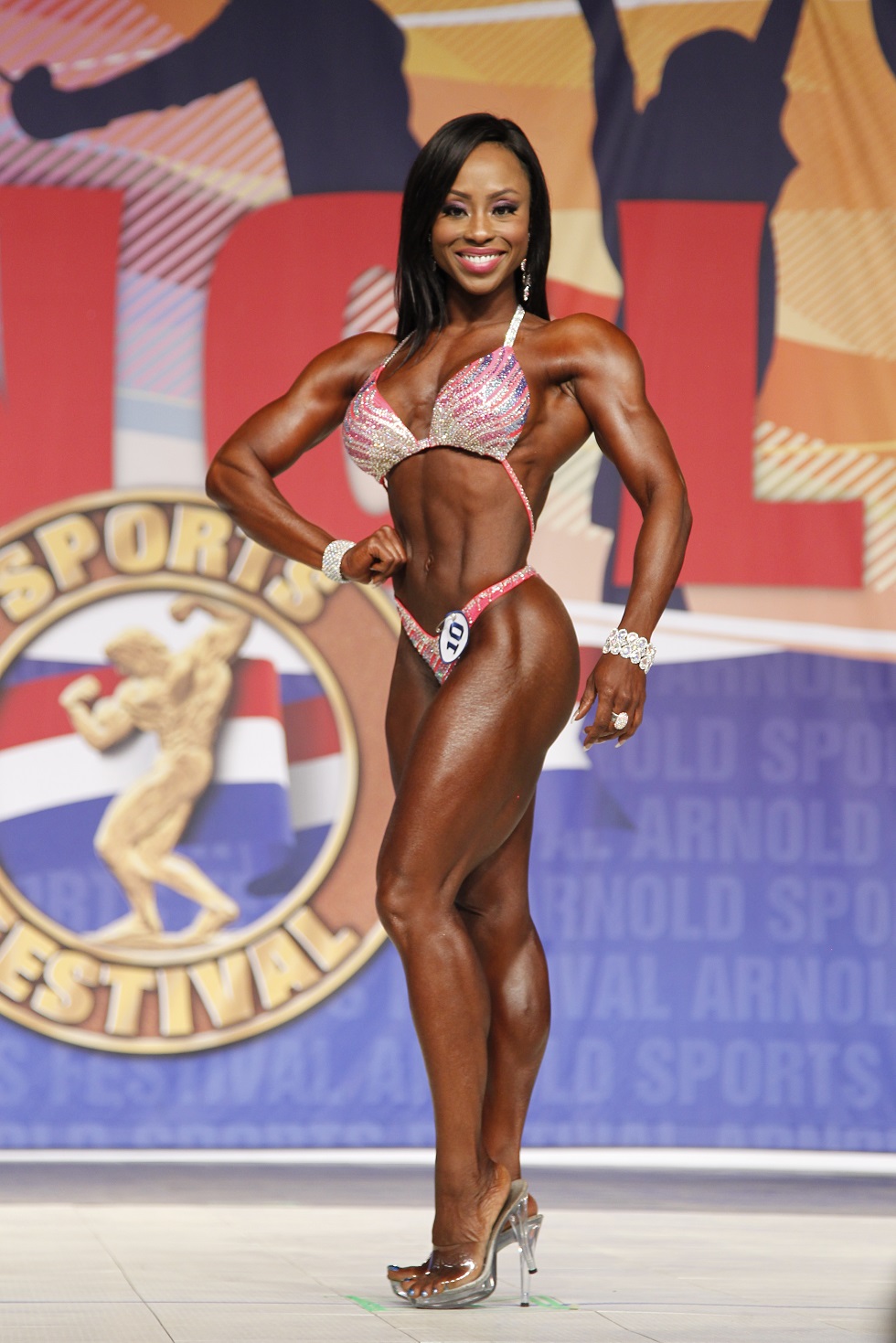